THE LONG AND CURIOUS STORY OF MALBEC

From its origins in France, passing through the lands of the Czar to its arrival in Argentina, the Malbec grape has had a long and curious history. In this article, we tell you the story. That Malbec is synonymous with Argentina is something the whole world knows. However, it wasn’t always the case. In fact, it is not a native variety of the country, as is the Torrontés grape, and it undertook a long journey from the rolling hills of Bordeaux, where it was first classified in the Middle Ages, until it settled at the foot of the Andes at the end of the 19 th century. The work of William H. Beezley, professor of History at the University of Arizona, has revealed that the roots of Malbec, known today in France as Côt, go back to a wine which enjoyed an excellent reputation in the Medieval period for its colour and taste. It was named “the dark wine of Cahors”, after the French area which is recognised as the cradle of this variety, even though there is still some debate over its true origin. From early medieval times there is mention of the Cahors wine, coming from the most prestigious region in France about 200 kilometres inland from Bordeaux. By the 12 th century, the wine started to be exported to England and with subsequent wars and migrations, this dark wine managed to become very well-known across borders. 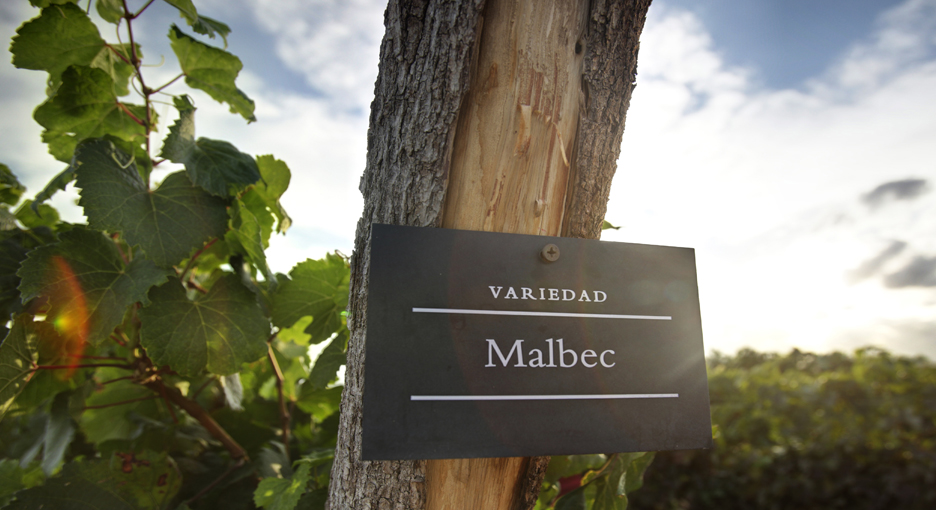 That is how Czar Peter the Great got to taste the wine made from Malbec, Côt or Axerrois, the three names by which it is known worldwide, and he ordered that the grapes be imported to Russia. Catherine the Great carried out this mission some years later and took them to the Crimean peninsula in the Black Sea, which is part of Ukraine today. Here, they still cultivate the grapes and produce a red wine called Kahor, which clearly acknowledges its history. Having travelled so far east, it is no surprise that in Argentina the grape has a name which is presumed to be Hungarian. And that is one of the missing links in this story. Towards the end of the 19 th century, there was a family of well-known winemakers from that part of the world with the surname Malbeck, who were authors of one of the manuals on the subject of winemaking circulating among local Argentine vintners at the time. But despite this fact, it is by no means clear how the Côt grape began to be called Malbeck. In the middle of the 1980´s it lost the letter K and became known simply as Malbec.

“Up until now it was all about the variety of the grape, but now the first ‘terroir wines’ from Malbec have started to appear”

In this journey from West to East and back again, the grape first entered Argentine territory brought by the French wine grower Miguel Amado Pouget in 1852. Under contract to the national government, Pouget came to set up a model school which would allow the provincial economies of Mendoza and San Juan to be modernised. It was located in what is today the main government building of the latter province. It was from there that the cuttings spread, and this would lead, 150 years later, to Argentina holding a unique place in the global context of Malbec production. The cuttings were planted in the old-fashioned way in many of the vineyards founded by immigrants at the end of the 19 th century and the beginning of the 20 th . Initially, the grape was mixed together with other varieties because the blending of the wine was done in the vineyard. Over time, some vintners began to separate this grape due to its qualities. In the middle of the 1980´s, the bodegas Catena Zapata and Familia Arizu, among others, resumed this work in an attempt to isolate the best selections that had developed in a natural and historical way in the country. The INTA (National Institute of Agricultural Technology) conducted a parallel programme of isolating, classifying and propagating the grapevine in its Luján de Cuyo station. It has been a long process of genetic improvement. If today Malbec is the grape for which Argentina is renowned in the world, it is Argentina which has added to it a touch of class and its consumers who define the palate of this grape variety. Today, any Côt, Auxerrois or Malbec, being grown in France, New Zealand, USA and Australia, looks to the wine being consumed in Argentina as the benchmark in terms of the style of wine. With 31 thousand hectares planted in various selections, (there are still no clones of this grape), the abundance of Malbec in Argentina is notable. There are few styles, however: fruity and light, with a strong wooden flavour, or well-aged, as well as special wines such as fortified and sparkling wines. New varieties are also being developed as they appear. All in all, one thing is for sure: Malbec is the variety which found its place again in this remote corner of the globe.

“Consumers always associate Malbec with Argentina and what characterises us like tango, soccer, beautiful landscapes and our meat. Malbec reflects all of what Argentina is made of”